Set in the seaside centres of Busselton and the Margaret River wine region, CinefestOZ premieres feature films and events in the region’s cinemas and picturesque venues, making it a feast for the senses and an unforgettable six-day getaway.

CinefestOZ has consolidated its position as the premiere destination film festival in Australia with record numbers of high calibre film guests, a sensational line-up of new Australian films and unprecedented audience numbers in 2019.

The Best Tourist Guide to the Margaret River Region 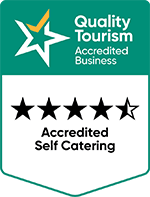